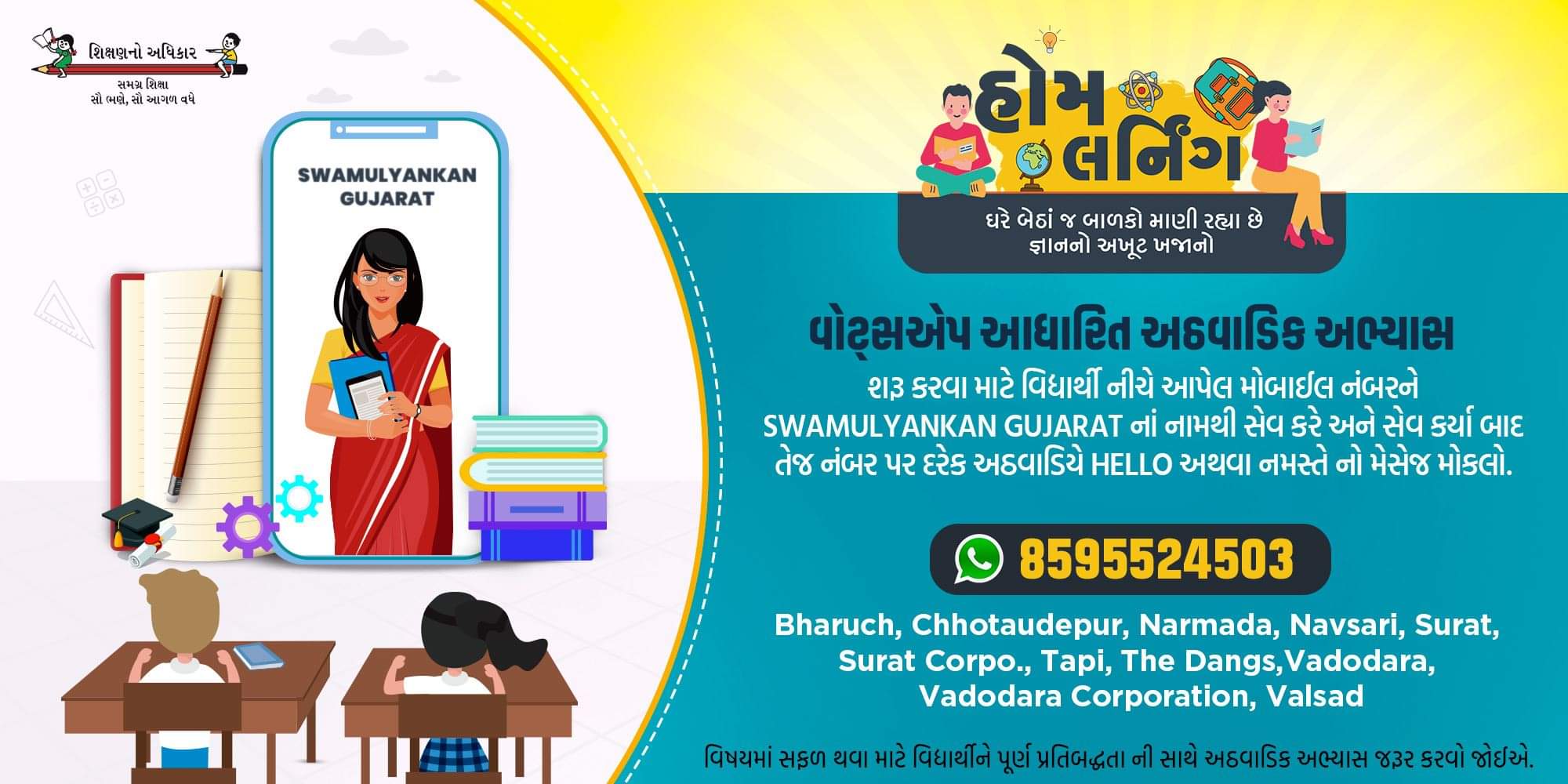 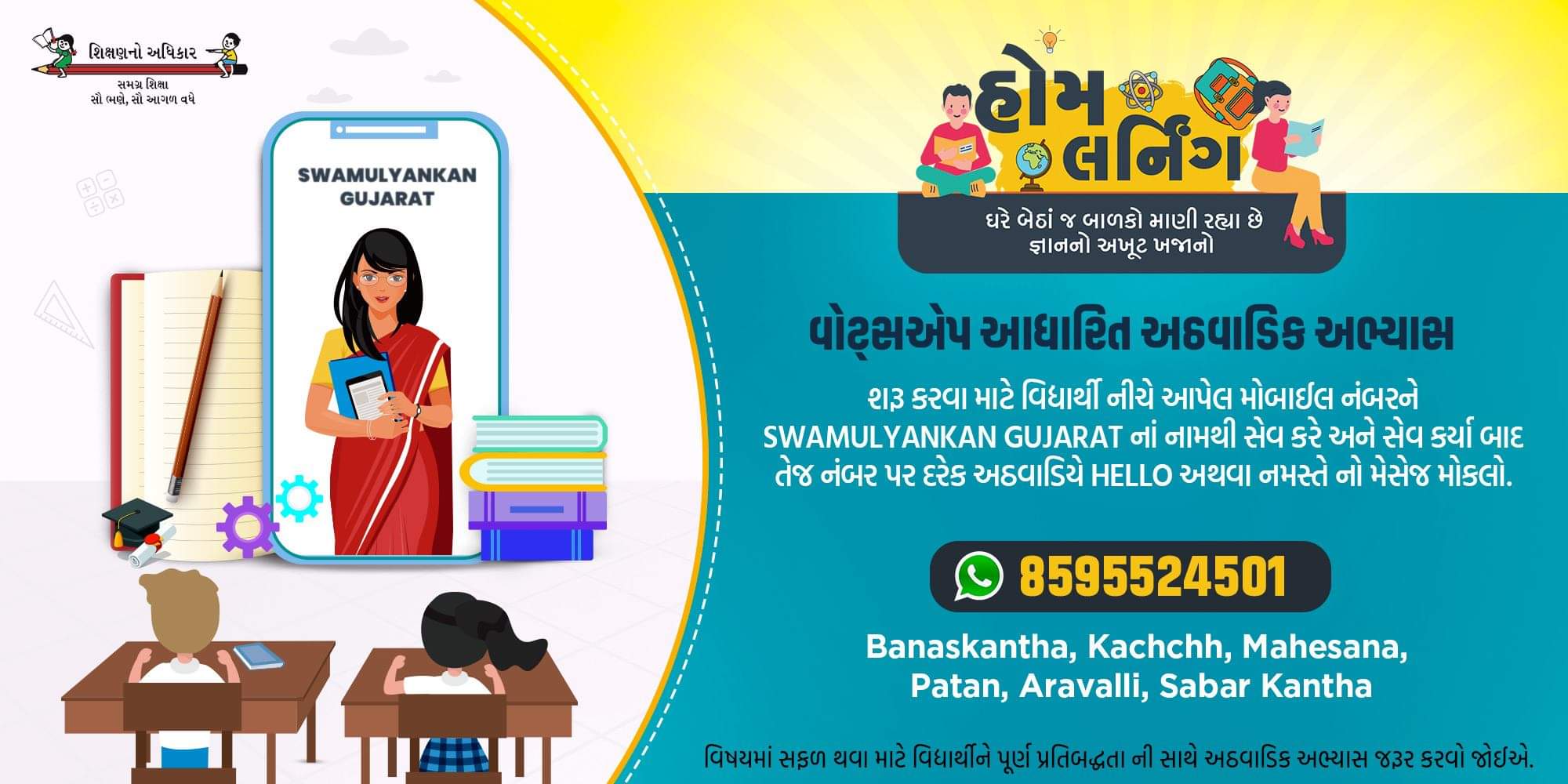 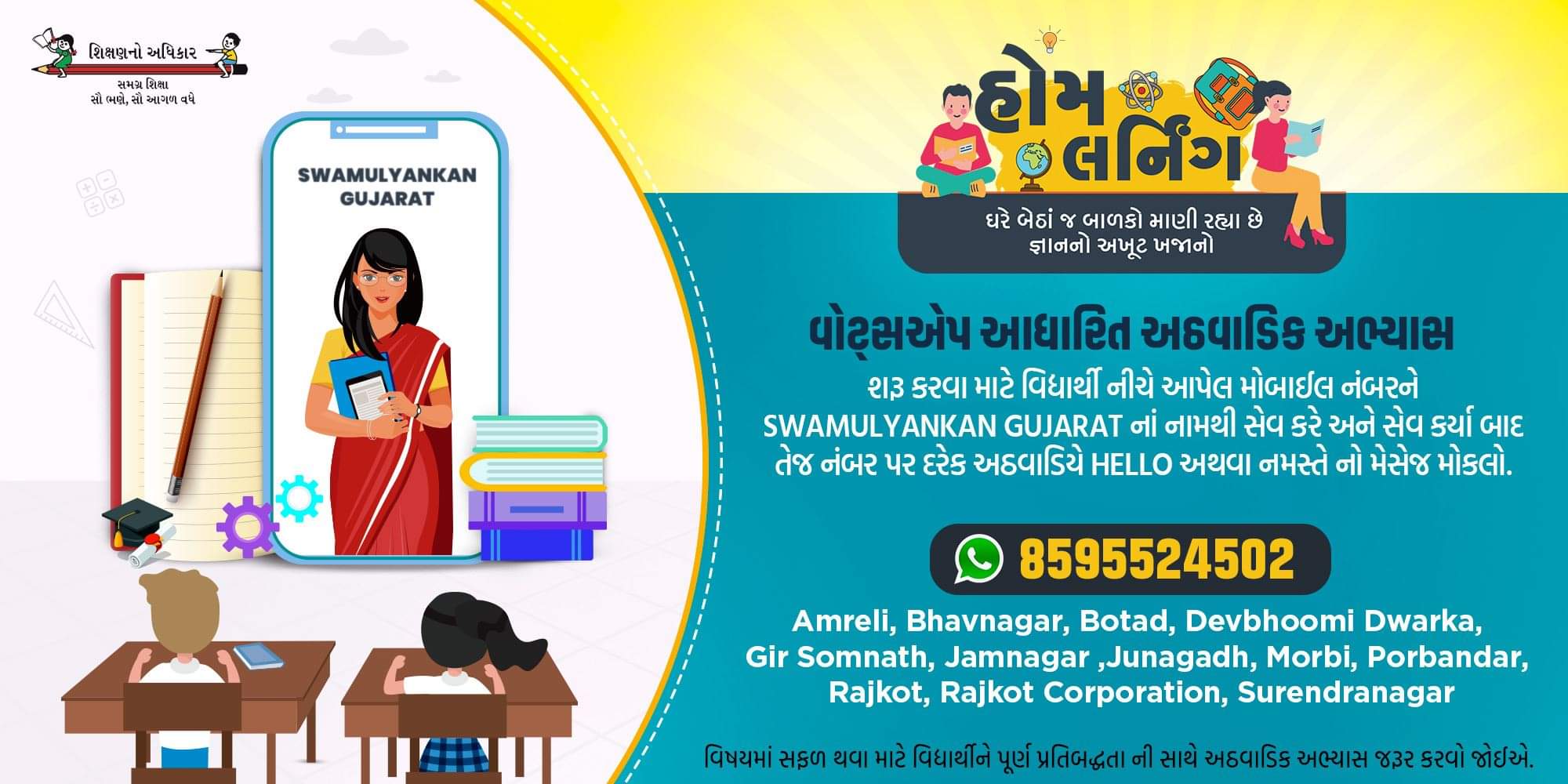 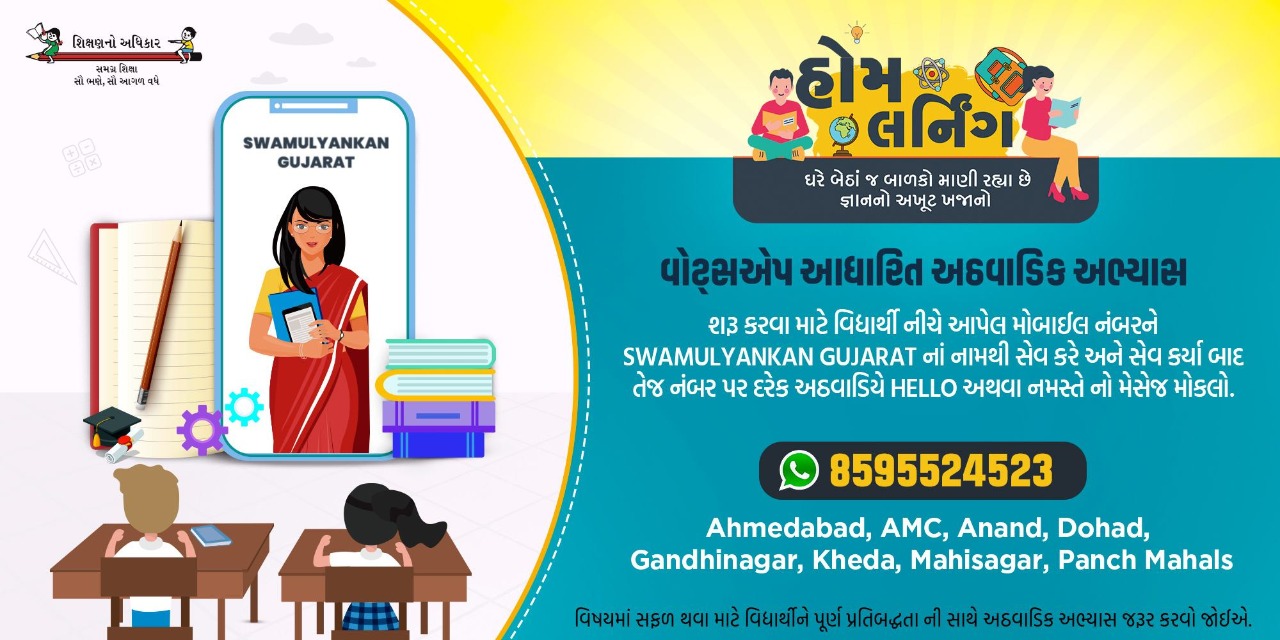 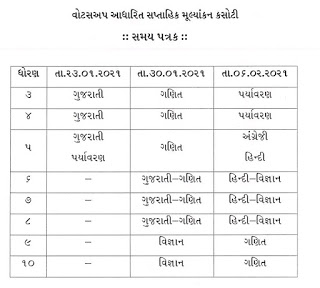 Historic decision by Gujarat Government Education Department.  what’s app based assessment test will now also be taken in standard 3 to 8.

Mobile number has been fixed for assessment test.

Official circular as well as information

Doesn’t it happen somewhere that after twenty five years we will have to discuss in English to save our mother tongue Gujarati?

In the age of computer, the taste of kaka is drying up.  Barkhadi is routinely fighting for its survival.

A – The ‘K’ of the clause is really wounded

G – Instead of Ganapati, Google’s ‘G’ is chanted.

Ch – Chakli’s ‘Ch’ is lost between the towers of the mobile ….

Six – The rain of people who love the mother tongue on the ‘six’ of the umbrella has decreased.

No one paid attention to the cloak so E is taking the medicine of the psychiatrist.

ઢ – Today’s chicks studying in AC schools do not have the slightest value of the ‘dh’ of a heap of water.

T – The blood thirsty sword of Veeras is now only visible somewhere in the annual sword race.

Someone has punctured the ball in ‘D’, so the ball is at the last breath in the hospital.

The Dhaja’s ‘The’ religion is flaunting not with merriment but with fear after seeing riots in the name of religion and shops.

No – Who can hear the sound of ‘No’ in the middle of electronic arti?

P – The ‘P’ of the kite has become a very big man and is now known as the Five Hundred Crore Kite Festival.

F – L.E.D.  The ‘F’ of the lantern in the light of the lights only appears on Facebook.

B – In the midst of the bullfight craze, everyone has banded the goat’s ‘B’.

BH – The latest mobile and computer games have flooded Bhamrada’s ‘B’.

M – Chili’s ‘M’ is now capsicum and pops up on the screen saver of the mobile.

Y – The cow’s ‘Y’ is both poor and the slaughterhouse is cut daily.

R – The ‘R’ of the game has died down the narrow streets of cities like cement forests and down the stairs of tall flats.

L – Lakhoti’s ‘L’ is mysteriously missing, if anyone finds it, say so.

V – The ‘V’ of the ship has probably taken water samadhi with the electricity of Haji Kasam.

Q – Coal is on the verge of disappearing in the fireplace.

Sh – That is probably why it is the turn of Shakora’s ‘Sh’ to beg the new generation to save their mother tongue.

H – The ‘H’ of the plow has been sold and big expensive malls have been built on its land.

L – At first it seemed that only one ‘L’ does not belong to anyone.  But now it seems that the whole barracks has become an orphan.

Q / Gnya – At what time should we all start the Gyan Yajna to preserve the mother tongue like Kshatratva?

An English aunt wearing a skirt midi has digested the house.  And the eye of a Gujarati mother wearing a sari is night.  Orman in his own bean waits in Gujarati and waits for some divine 108 ….!  Let’s revive such a wounded Gujarati, let’s sit down, let’s wipe with love.  Let’s speak Gujarati, read Gujarati, teach the new generation in Gujarati and live as a true Gujarati ….!